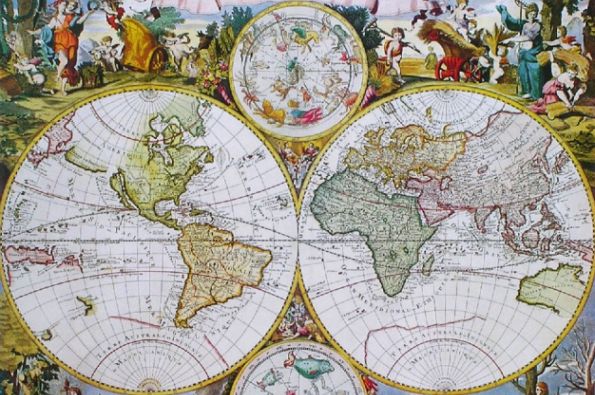 Historically speaking, spices have played a large part in the colonization of the world. Most of us remember from the fourth-grade pageant that Christopher Columbus sailed the ocean blue at the behest of Isabella and Ferdinand in search of black pepper, and that spices are what prompted Vasco de Gama to sail directly from Europe to India. But what of herbs and spices for the common folk?

Reflective of common concerns of the day, many ancient texts reference the properties of herbs and spices in protecting from the supernatural. Ancient Romans called basil “basiliscus” for its supposed ability to ward off a fearsome, dragon-like creature known as a basilisk, who could kill a person by looking at them. Dill was burned to clear clouds and stop thunder, or hung in bunches by the door to dissuade witches. If one had been struck by a spell, drinking dill water was considered a remedy. Marjoram was also considered a witchcraft inhibitor, while it was believed rosemary under the pillow kept the demons away.

Rosemary was also thought to be a memory enhancer, leading ancient Greek students to weave sprigs in to their hair during exams. Cinnamon was often used by psychics to increase vibrations and psychic awareness, along with lemongrass to increase abilities, and star anise to clear the mind, making it more receptive to visions. Saffron has historically been used to treat depression, while sage was reputed to make those who consumed it smarter.

Herbs and spices are also deeply rooted in romantic tradition. Basil, chamomile, clove, coriander,  ginger, juniper, and lavender all have a place in love charms and potions used by the ancients. Medieval damsels embroidered the image of a flowering thyme sprig with a visiting bee on a kerchief as a gift for a favored knight. Sage has been used across many cultures to bring peace and domestic harmony to married couples, while rosemary is recorded as a symbol of enduring faithfulness. At traditional Persian weddings, a tray of seven multi-colored herbs and spices (Sini-ye Aatel-O-Baatel), including poppy seeds, salt, nigella seeds, and black tea,  are thought to guard the couple and their lives together against the “evil eye.”

Several of us spice merchants could use that rosemary memory enhancer, but for the most part, we find the culinary properties of our spices magical enough! We can’t comment on how effective any one of the above mentioned “treatments” are, but we can tell you that any one of our spices or blends can cure a terribly pervasive and common malady- that of bland food! What ever you use our wares for, though, we hope you do so in good health.