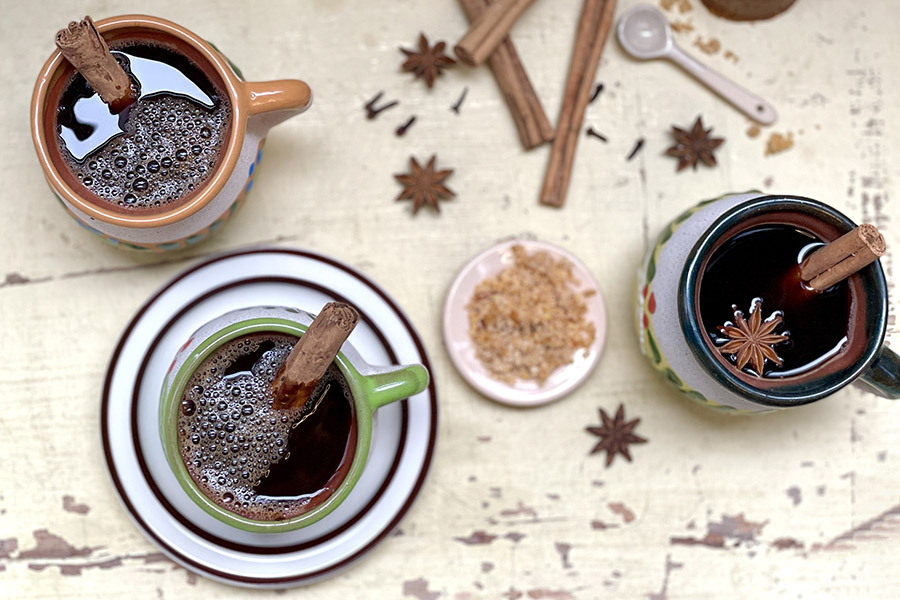 One of my favorite breakfast drinks is Mexican spiced coffee. This drink is traditionally made in a large clay pot where you simmer warm spices like true cinnamon, cloves and star anise with coffee. It’s name translates to ”pot coffee” because the clay pot adds an earthy flavor to the drink and only gets better with each batch made. Traditionally, a raw cane sugar cone, piloncillo, is melted down, adding sweetness and caramel notes, similar to brown sugar.  Once the water is sweetened and aromatic, my grandma would add a sinful amount of instant coffee and pour us a mug along with pan dulce (Sweet Mexican Bread). I grew up drinking the instant stuff for convenience but you can try both options in the recipe below. 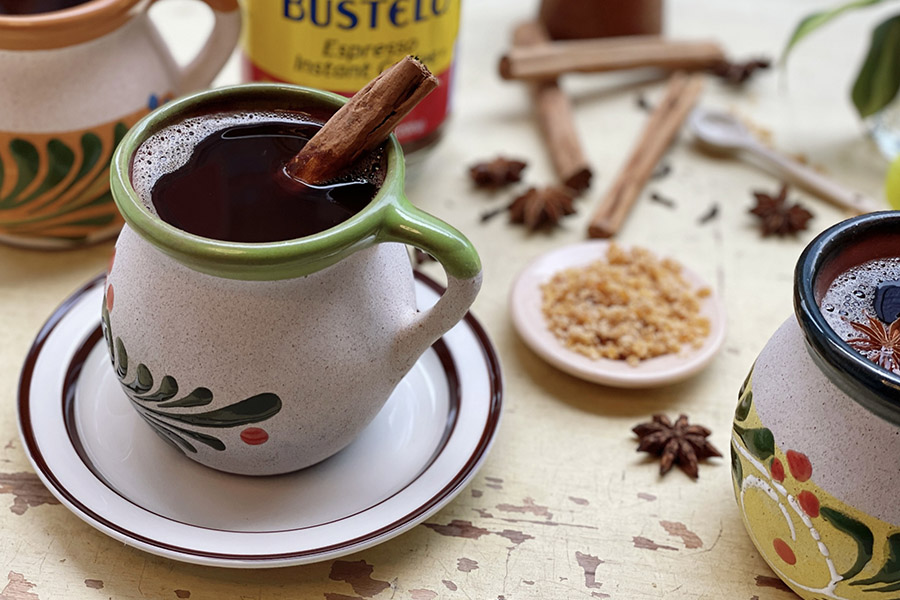 This beverage is also known as Café Mexicano and every family has their own version. I’m pretty loyal to the combination of true cinnamon, cloves and star anise. The trio makes the coffee floral, warm and sweet, after every sip you’ll taste the best out of the malty coffee.